It’s now been almost exactly one year since Apple Music was announced, so I thought I’d give a bit of a retrospective of that time.

People have been mostly critical of Apple Music since it came out, and Apple is obviously quite aware of the criticism, since at WWDC 2016 they announced a major overhaul of the young service. Outside of the diehard Apple faithful the criticism has been pretty relentless so I won’t cover any of it here but if you want to read about that, a simple Google search for Apple Music Criticism will get you there.

People are often genuinely surprised when they find out I use iTunes and Apple Music. I get glib responses like: “Oh it didn’t delete all your tracks then!”, or even just “But, why?”. They figure it must just be some “Apple fan” craziness, because someone couldn’t possibly choose to use this product if they’re of sound mind, right?

I have a lot of problems with iTunes and Apple Music, but that horse has well and truly been beaten to death, so, in this post, I just want to talk about the ways that Apple Music got it right. This isn’t intended to be a glowing recommendation, I’m not trying to shill Apple here, I’m just offering a dissenting opinion, a little devil’s advocate in a seemingly unending deluge of negativity.

Background: I’ve been an Apple Music and iTunes Match subscriber since about September of 2015. I was previously a long-time Spotify Premium user, where I’d been a paying customer for almost four years, but I unsubscribed after an international trip where Spotify failed me in a spectacular fashion.

I’m well aware iTunes is not exactly the most revered Apple app around, but it’s absolutely miles ahead of any web app you can point me to. There are obvious advantages to building a music application using web technologies, but hosting it in a web browser is clunky, inconvenient and unintuitive. Spotify realised this early on, which is why they built a web-app that is hosted inside a native one, so it mostly looks and feels like a native app despite being largely HTML, CSS and JavaScript. It uses native stuff where it counts, a strategy now offered by technologies like Electron.

The advantages to having a native desktop app option are: 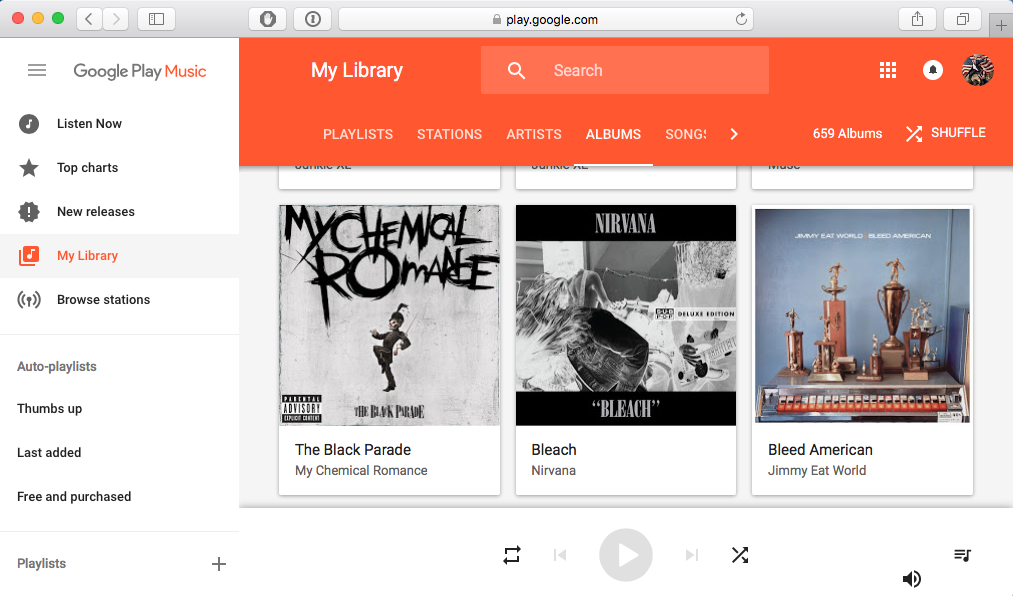 Some other points about the native apps:

I have a lot of respect for The Goog’s music product, and I even have a subscription to it by virtue of being a YouTube Red subscriber. However, even though I have access to it, as a product it’ll always be completely unfit for purpose for me without first-party, Mac & Windows native desktop apps, which is the environment in which I consume the vast majority of my music.

Files you add to your iCloud Music Library manually, that is, imported directly from files and not from Apple Music, are first-class citizens in the iTunes / Apple Music ecosystem. They appear in your music library completely indistinct from Apple Music tracks. You can even have an albums and playlists made up of mixed Apple Music / uploaded tracks.

There is DRM here but you would never know it. Shortly after subscribing to Apple Music, I started downloading about 3,000 tracks to my iPhone to keep them offline, to reduce cellular traffic. This download took about an hour on my connection, and since then I’ve never seen Music delete or de-sync a single track in the year since. Spotify, by contrast, cannot guarantee what happens to synced tracks after a month, because the license may or may not expire and the track may become unplayable, something you can’t tell until you try to play the track and have it fail. This often happens when you’re on a long-haul flight with no internet connection and no ability to fix it. Thanks to this behaviour, offline syncing is a completely useless feature of Spotify Premium – being a premium feature you’d think fixing it would be a priority, but after suffering through it for two years, not only has Spotify not fixed it, they haven’t even acknowledged it’s an issue. 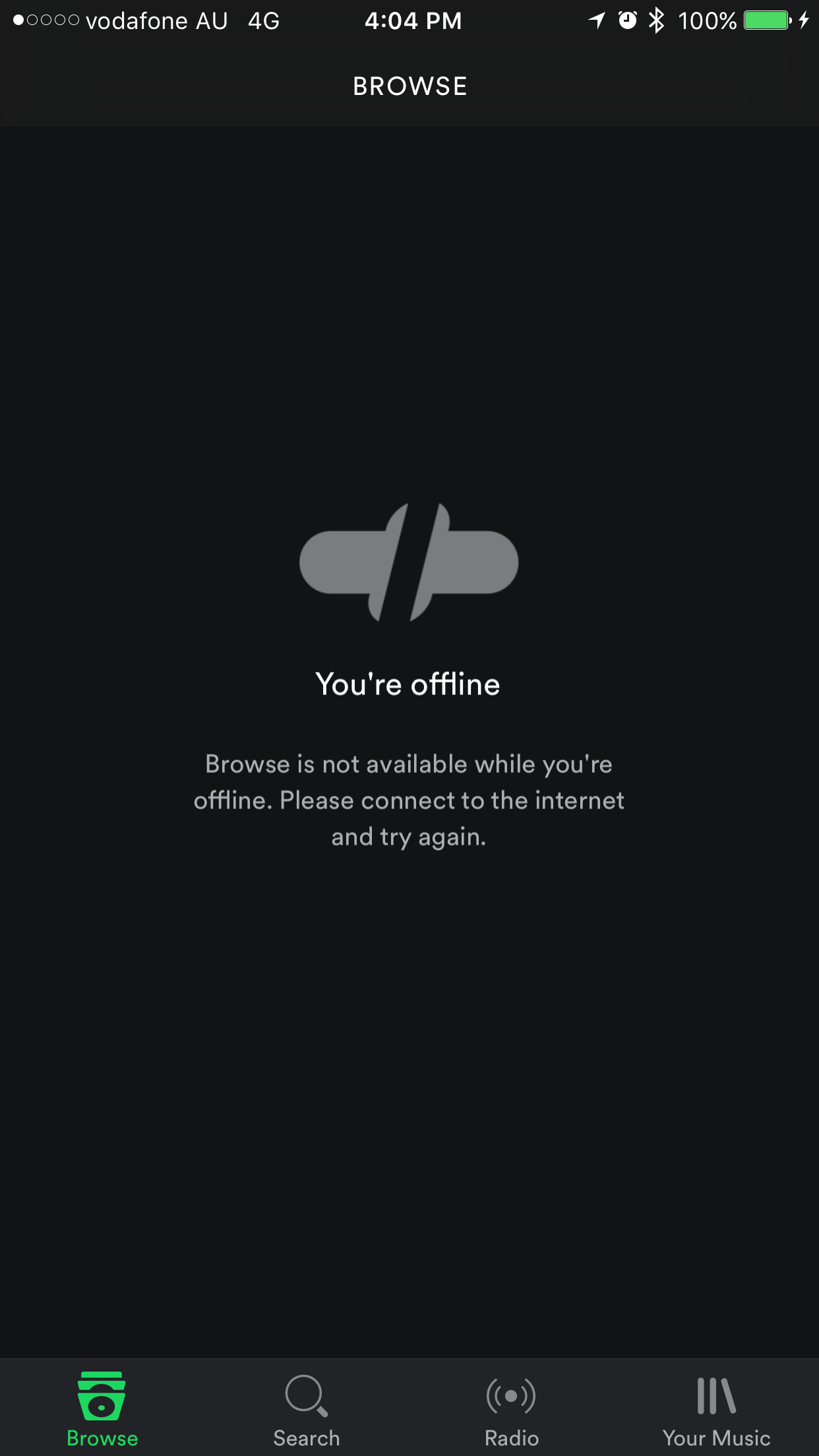 As for local files, it’s always been an absolute joke in Spotify. Tracks you add yourself don’t get uploaded at all, Spotify will often reject a file for no apparent reason and give you no feedback as to why, and the supported file types vary between platform and whether iTunes is installed! The system to sync tracks to your mobile device is even worse – sometimes files that are accepted by the app will simply not copy over to your device, and again, no feedback as to why, your track will just forever be greyed out and Spotify will never attempt to sync that file ever again. 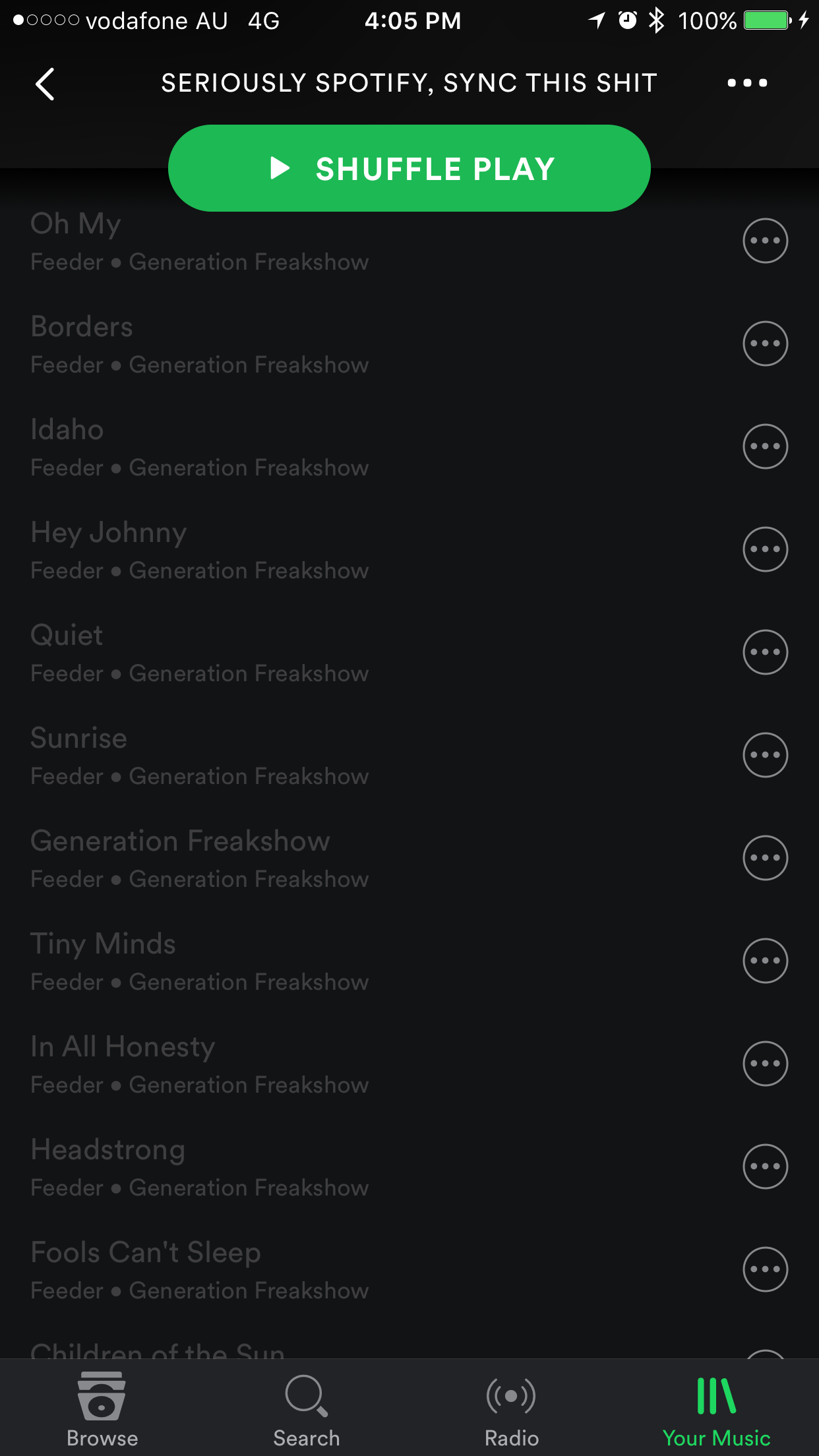 Spotify's local file syncing is only possible in theory.

No, if you want to listen to music in Spotify, you’d better damn well hope those tracks are in the Spotify Catalogue. Too bad if you listen to a lot of independent music from sites like Bandcamp.

Apple Music and iTunes, on the other hand, being entirely built around the concept of your own Music Library treats music added via Apple Music, or directly via files no differently. They’re just items in your library. All these items are available everywhere your iCloud Music Library is, and for the most part, once you’ve added them to your library, you no longer need to think about where they came from.

Some other nice touches:

It Can Play Albums In Order

I experienced this for about a year, but only in the iOS app, and only when out and about. It still has not been fixed or acknowledged by Spotify. I consider the ability to play an album in order a pretty critical Minimum Viable Product feature for a music player.

There Is No Free Tier

I actually believe Tay Tay got this one right: a free tier for music streaming devalues both the music and the streaming platform it is delivered on. I worry about future generations growing up in a Spotify/Vevo world where the expectation is that all music is available on-demand, and be subsidised exclusively by advertising. Unless the advertising market expands in some profound way, which comes with its own problems, I just don’t see it being able to pay for the vast amounts of music currently being produced by that industry. I’m no oracle or farseer so I have no idea what effect this will have on the music industry, but as a general rule I would prefer any model that results in artists getting paid more for their work rather than less. It’s for this reason that I support sites like Bandcamp.

Apple Music is still part of the problem: streaming music is decidedly less lucrative for record companies, and especially artists than direct album purchases are, but it’s still better than the alternative. At least with iTunes I’m given the option of purchasing it from the Music Store and have the tracks work seemlessly with the rest of my library.

Oh yeah, and Apple Music has Tay Tay’s 1989 and The Goog and Spotify don’t. 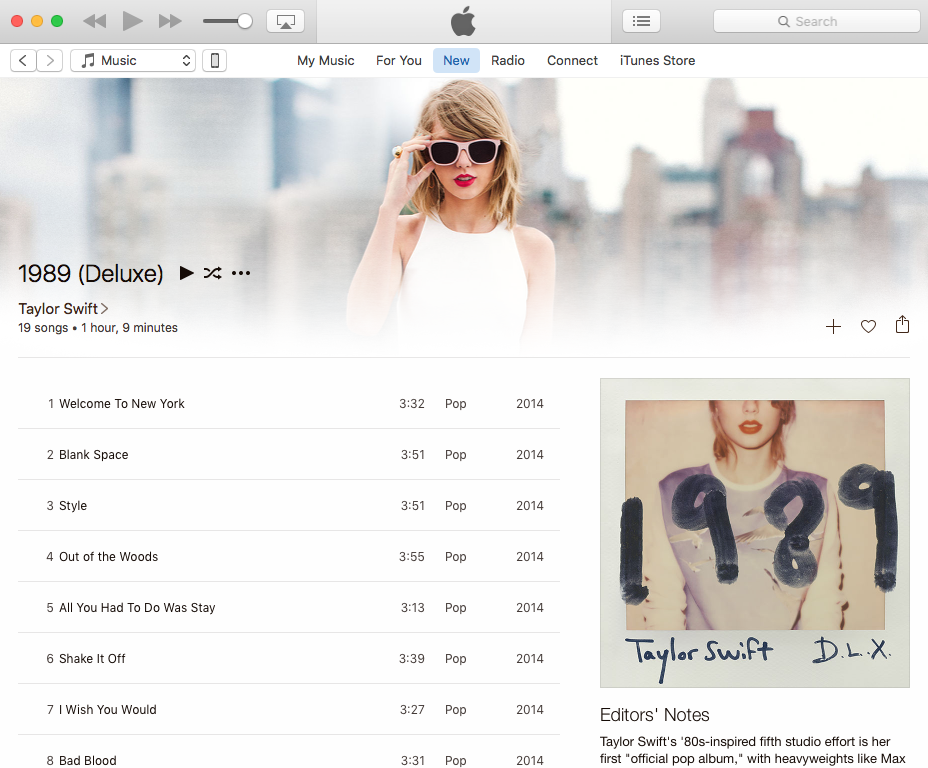 Users who never tried Spotify probably don’t find the iTunes model confusing, but I know I certainly did when I switched back. The problem is basically in the mental model.

In Spotify, Spotify itself is the music library. Spotify does search so quickly, and tracks start playing so fast, it gives this nifty illusion that the entirety of the Spotify catalogue is basically your music library. The ability to “add” albums is really just hyperlinking to it, and playlists are just hyperlinking to individual tracks. You don’t really have a library of your own, you’re just surfing through Spotify’s library finding the stuff you like. With this in mind, it starts becoming obvious why local tracks are such an impedance mismatch for the Spotify product.

Contrast this to iTunes, which has always been based around the concept of your own library. Traditionally, you had an empty library, and you added music to it by dragging the tracks into iTunes and having it import them. This is the weird thing about Apple Music – this model still applies, even though it’s music streaming. Sure, Apple Music lets you play stuff straight out of the New tab, but it’s clunky, slow and it’s clearly just there for convenience. What they want you to do is to think of your library and the Apple Music catalogue as separate things, and when you find something you like, you copy it from Apple Music into your own library, where it becomes yours. It doesn’t really become yours, of course, it’s still music streaming, so access to those files is gone if you unsubscribe, but the illusion is there.

If you’ve bought into the Spotify model, it can feel a bit… old-fashioned to go back to the iTunes model, but I’m convinced it’s the only decent way to support streaming and to have decent support for imported tracks. It also allows some other interesting things:

I’ve been around the block. I’ve had active subscriptions for Spotify, Google Play Music All Access, and Groove Music (née Xbox Music) and the situation always leaves me wanting. It’s not necessarily that iTunes and Apple Music are great products in their own right, it’s just that everything else has things about it that are absolute dealbreakers. I can mostly work around the glitches in iTunes, and they’re getting better over time, but I can’t work around the fact that The Goog is religiously opposed to writing a native desktop app, for example. I can’t work around Groove only having a native desktop experience on Windows. Spotify just refuses to believe their product has bugs, some of which absolutely break the product from being minimally viable to me.

For now, Apple Music and iTunes mostly do what I want. I wish it was faster, I wish the Windows application was just, well, better, but for now, it’s the only product in the market that does all the things I want such a product to do.

So, I guess you win by default, Apple?